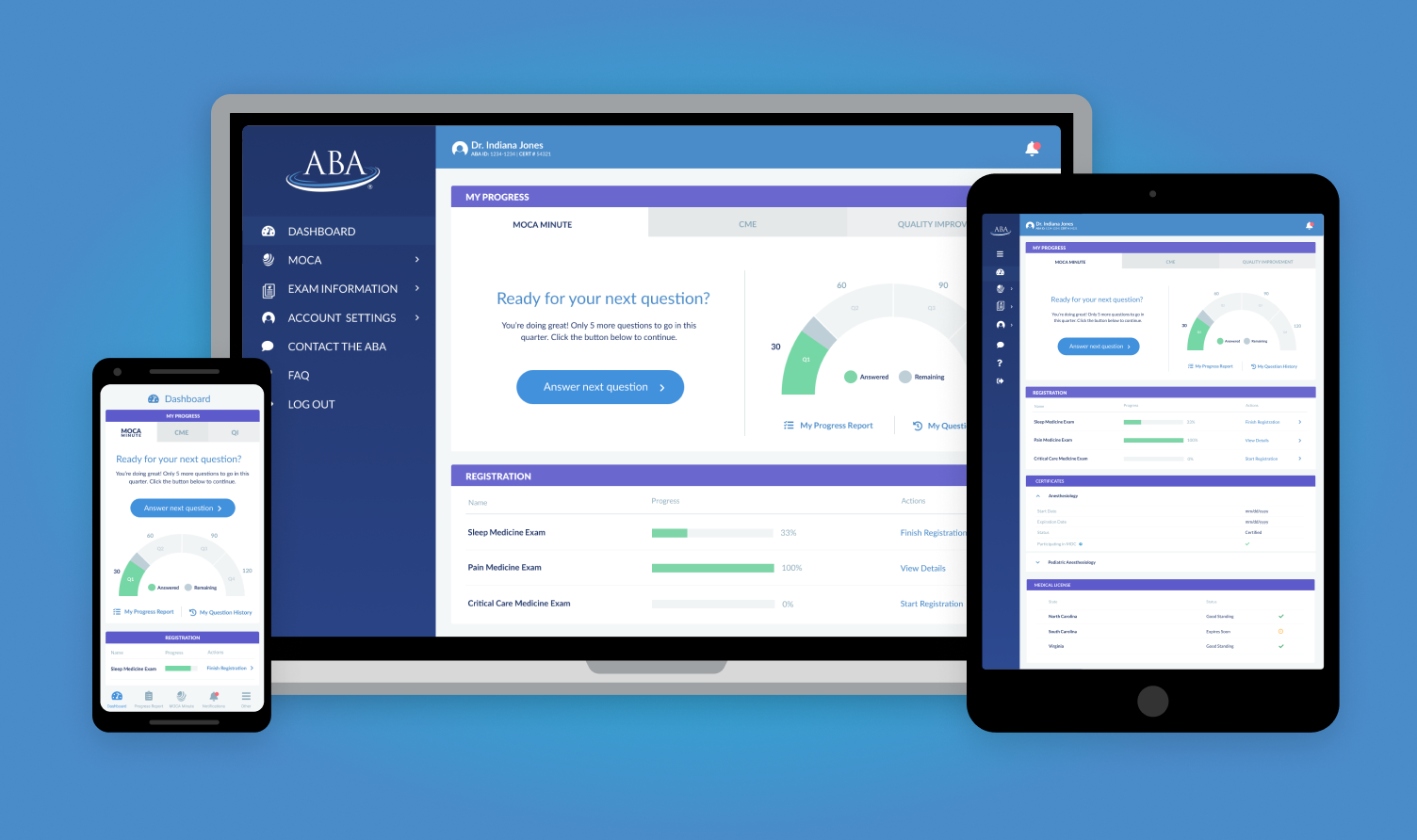 The American Board of Anesthesiology: Doctor Portal

This project is a redesign of the current doctor portal and MOCA® program for The American Board of Anesthesiology® (ABA). The ABA is the certifying body for anesthesiologists since 1938. They administer primary and subspecialty certification exams as well as the Maintenance of Certification in Anesthesiology™ (MOCA® program, which is designed to promote lifelong learning, a commitment to quality clinical outcomes and patient safety.

I was tasked with producing the visual design for the new doctor portal that the ABA is planning to launch at the beginning of next year. One of the primary requirements for this project was that the responsive desktop version and the mobile app version had to work from the same React Native code stream.

I started out by studying the current portal and familiarizing myself with its functionality. I then performed a complete design audit to see which elements were required and which areas could be improved. After studying the new wireframes provided by the UX designer, I began researching various approaches to portals with dashboards that feature progress charts. The next step was to start developing the visual language by exploring typefaces and multiple color palettes. Lato was chosen for the typeface and the final palette was voted on by the users group.

Once those elements were in place I started exploring multiple concepts for the dashboard and navigation. The dashboard concepts were then provided to the project stakeholders and users group for their approval. I began designing the rest of the pages based on the wireframes provided by the UX designer after the final direction was chosen.

Clickable desktop and mobile app prototypes were built after all of the mock ups had been finished. Redlines documents were then created for the developers.

This solution balances high visibility for the email CTA with keeping the video thumbnails close to the main video for maximum user engagement.