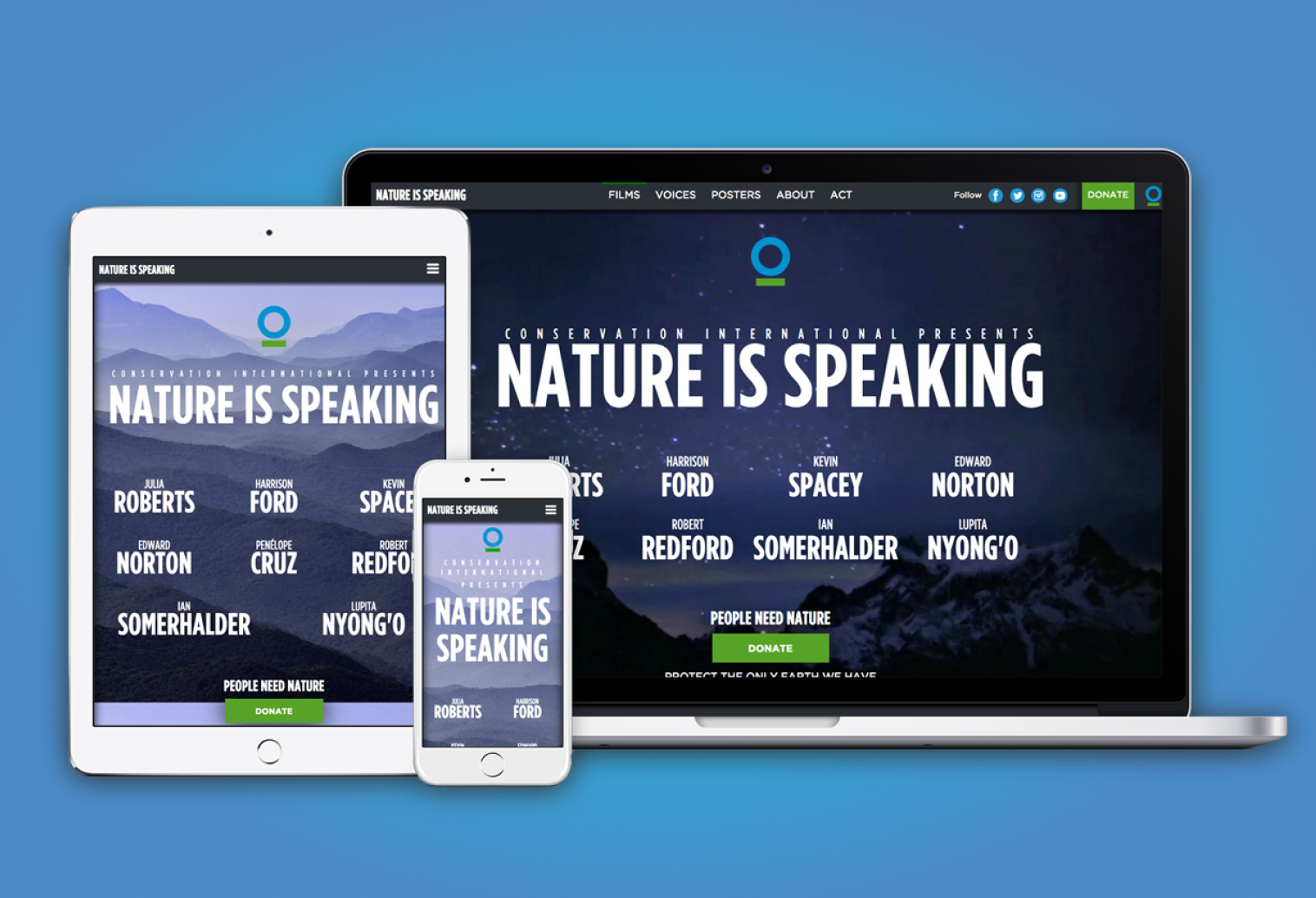 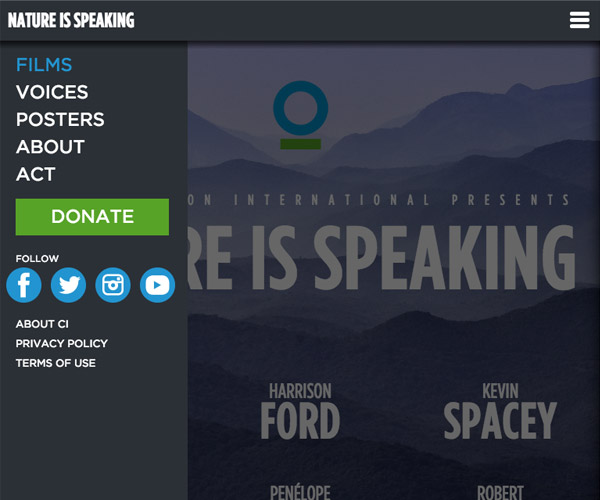 This solution balances high visibility for the email CTA with keeping the video thumbnails close to the main video for maximum user engagement.

The completed design for Nature is Speaking adhered remarkably close to the original diagrams. Some elements were moved around but most made it in to the final design. 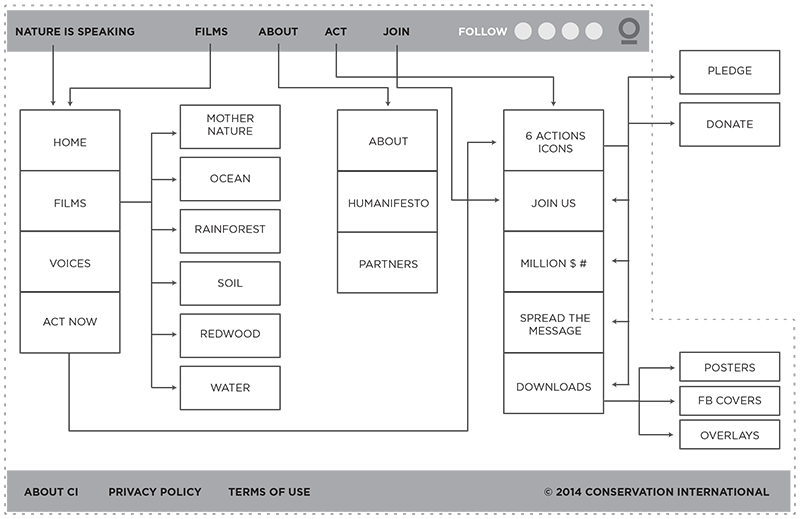 The Nature is Speaking site changed a bit from these early wireframes, but most elements conceptually made it over to the final design. 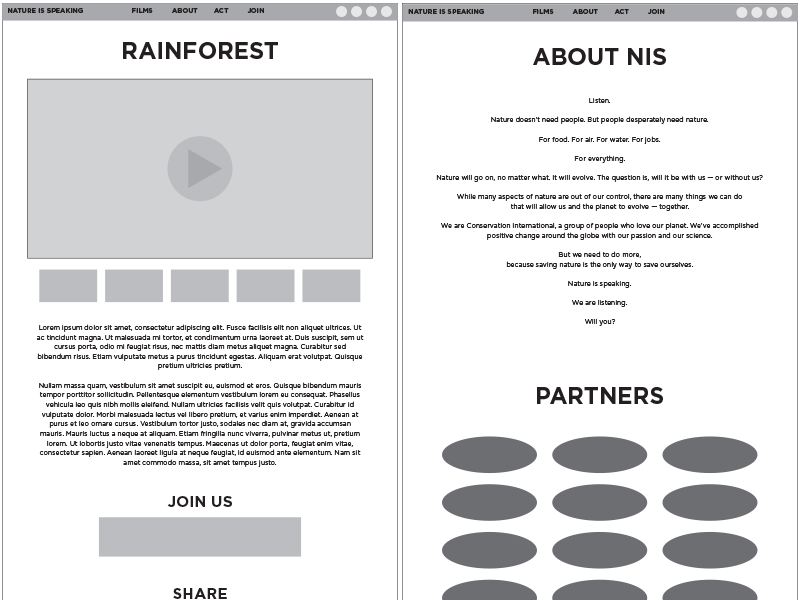 These images show a couple of different directions Nature is Speaking could have gone. NiS is a standalone site, but early on we considered building it inside the main CI website and Sharepoint CMS. In the end, it became it's own site and was built with Bootstrap. 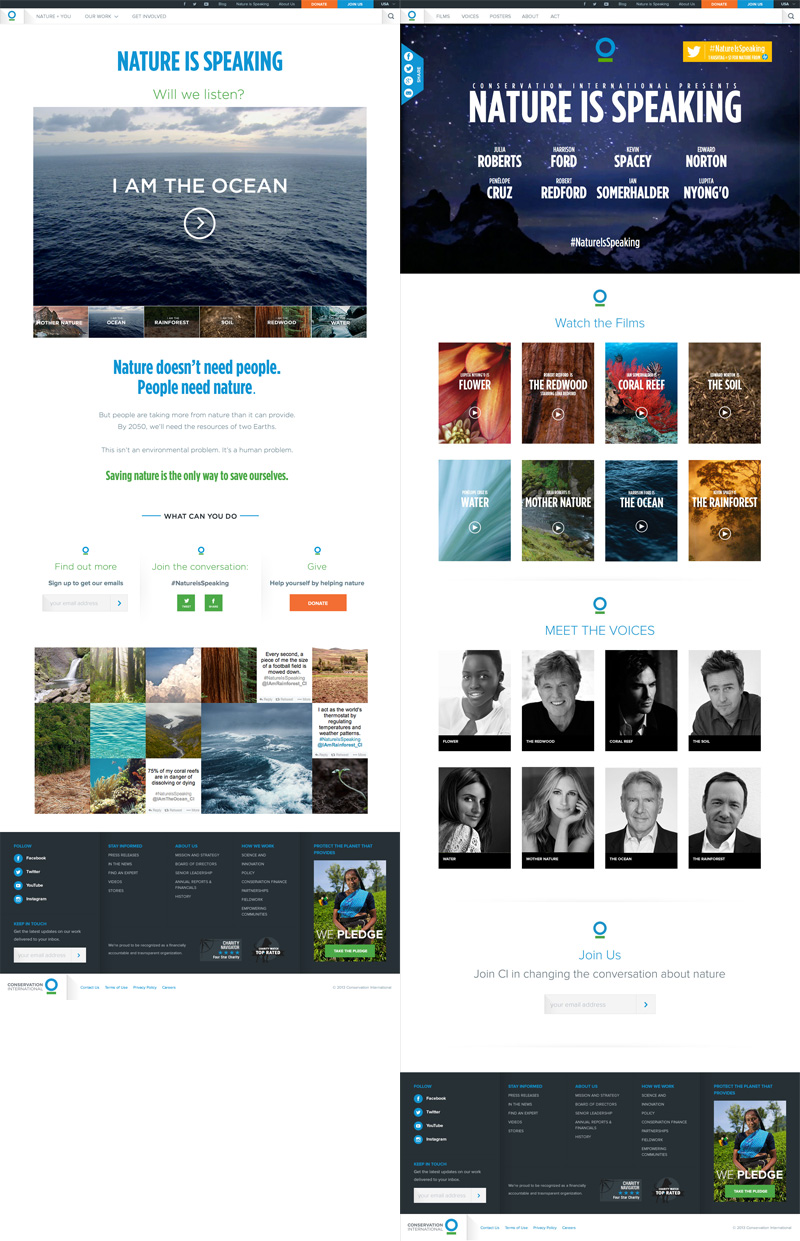 The Nature is Speaking (NiS) campaign is a worldwide marketing effort by Conservation International (CI) to raise awareness for environmental issues and introduce themselves to a broader audience. It was initially conceived by Media Arts Lab but it was jointly developed by both. The campaign features videos voiced by well-known actors where they personify different aspects of nature, as if they were speaking. Harrison Ford, for example, gives voice to the Ocean. NatureisSpeaking.org was created to be a centerpiece of the campaign and a place to feature all of the videos.

I was heavily involved in the development process of the website. I helped to create the IA diagrams, sketches, wireframes, prototypes, and many design explorations. Once the final desktop design was reached, I designed all of the responsive layouts and mobile nav and provided the necessary specifications to our amazing developers.

There were also several problems that needed to be solved. For example, it was unknown exactly how many celebrities would be involved in the campaign. Therefore the voices and actors sections needed to be designed with great flexibly to accommodate any number of people. After the website was up and running I was responsible for making design adjustments and providing the necessary specifications to the developers.

This was my favorite project while at CI for a few reasons. The excitement in the organization around this campaign was tremendous, all of the departments were buzzing, especially the web and marketing teams. Nature is Speaking was also the most high-profile project I worked on, besides the main CI website redesign, that provided more creative freedom outside of the CI brand.